The capital city of India, Delhi is a commercial hub dotted by numerous places to visit and tourist attractions. Every year, thousands of tourists from all over the world opt for Delhi tour packages to explore the various colorful dimensions of this historical city.

Arrival in Delhi airport / Railway Station you will be transferred to the hotel by our representative. After fresh up visit Jama masjid , Red Fort , India Gate , Rashtrapati Bhawan , Connaught Place (Connaught Place is a frenetic business and financial hub, centered on a ring of colonnaded Georgian-style buildings with global chain stores, vintage cinemas, bars and Indian restaurants. )Overnight Stay in hotel.

After fresh up and breakfast visit Qutub Minar , proceed to have darshan at Famous Hindu temple Akshardham Temple . Akshardham or Swaminarayan Akshardham complex is a Hindu temple, and a spiritual-cultural campus in Delhi, the complex displays millennia of traditional Hindu and Indian culture, spirituality, and architecture. According to Swaminarayan Hinduism, the word Akshardham means the abode of almighty Lord Swaminarayan and believed by followers as a temporal home of God on earth. Evening after visit proceed Back to visit Laxmi Narayan Temple (Birla mandir ). The Laxminarayan Temple, also known as the Birla Mandir is a Hindu temple up to large extent dedicated to Laxminarayan in Delhi . Laxminarayan usually refers to Vishnu, Preserver in the Trimurti, also known as Narayan, when he is with his consort Laxmi .at evening free for shopping in Chandni Chowk back to hotel .Overnight stay at Hotel.

After Breakfast check out from hotel . Get transferred to the airport/railway station. Leave Delhi with unforgettable memories in the capital of India. 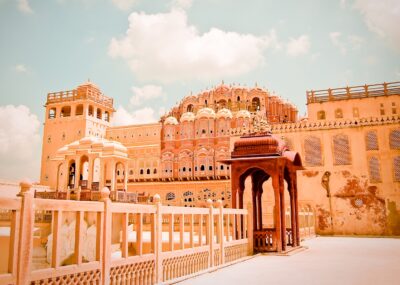