6 nights 07 days Kathmandu Pokhara Lumbini Chitwan tour combines the most beautiful tourist attraction in Nepal, offering you an impressive temple, architecture, magnificent mountains, landscapes, and the Terai Lowlands Chitwan National Park. It is a perfect visit to Kathmandu, The Hindu Sacred Temple of Pashupatinath Temple is one of the sacred temples of Lord Shiva , the beautiful town of Pokhara Chitwan National Park, and the birthplace of Lord Buddha – Lumbini. This trip is suitable for visitors who visit almost all the historical sites, the beautiful city and the jungle.

When you arrive at Gorakhpur Airport / Railway Station , one of our representatives greet with garland. Collect your luggage. Look for our office representative who will put a sign with your name on the arrival gate . Drive to Chitwan Upon arrival check in to Hotel . at Evening Cultural Tour (To Visit Tharu Village), Riverside Sunset view, Tharu stick dance (at your own cost ) back to Hotel .Overnight stay at Chitwan .

After waking up you will have breakfast then drive to enjoy Canoeing Ride and Elephant Breeding Centre Visit Elephant Back safari Getting on the back of an elephant, you will go on a jungle safari. Then, you will see the elephants bathe with their trunks full of water. When you arrive at the elephant breeding centre, you will have the chance to witness the love between the baby and the mother elephant. Inside the park, you have the opportunity to see animals such as the one-horned rhino, the Bengal tigers, the galleries, etc. After this then proceed to Kathmandu after reach their Check in to Hotel. Overnight Stay at Kathmandu .

Today, after breakfast, you begin a tour of Kathmandu’s most historical and spiritual attractions. You will get a private vehicle you will visit including World Heritage sites like below
The Hindu Sacred Temple of Pashupati Nath: Pashupatinath Temple is one of the sacred temples of Lord Shiva, which is a famous and holy Hindu temple located on the banks of the Bagmati River. It is about 5 kilometers northeast of Kathmandu. The temple is the seat of the Nepalese national deity, Lord Pashupatinath.
Kathmandu Durbar Square: The architecture of Kathmandu’s Durbar Square is typical of the Malla dynasty that ruled Nepal from the 12th to the 18th century. It consists of temples, idols, open courtyards, water fountains, and more.
Swayambhunath Stupa (Monkey Temple)Swayambhunath stupa is popular with foreigners as the Temple of Monkeys because of the large population of monkeys residing in the area. It is an ancient sacred architecture on top of a hill in the west of the city of Kathmandu
The Bauddhanath Stupa(Buddha Nath) The Stupa Bauddhanath is one of the largest stupas in South Asia located about 11 km from the center and the northeastern outskirts of Kathmandu, the vast mandala of the stupa makes it one of the largest spherical stupas. After visiting these places, you will back to the hotel for night stay.

After Breakfast Checkout from Hotel & Drive towards Pokhara On the way you have an option of doing river rafting or visit the Manakamana Temple “Goddess of Fulfilling Wishes” The Manakamana Temple situated in the Gorkha district of Nepal is the sacred place of the Hindu Goddess Bhagwati, an incarnation of Parvati. The name Manakamana originates from two words, “mana” meaning heart and “kamana” meaning wish where you are taken by a cable ride of 9 mins. Overnight stay at Pokhara .

Leaving the hotel early in the morning, you will head to Sarangkot to enjoy a spectacular sunrise over the Annapurna range. You will arrive in Sarangkot after about half an hour by car to enjoy a close up the panoramic view of the mountain peaks of the Annapurna mountain range. When the sun rises and pours its rays into the mountains, they look overwhelming. Half day Pokhara City tour including Seti Gandaki River, Davi’s Fall, Mehendra Cave , Gupteshwor Mahadev Cave , Tal Barahi Temple and Tal Barahi Temple , Shree Bindhyabasini Temple with boating at Phewa Lake . After completing sightseeing Back to Hotel. Overnight stay at Pokhara.

After breakfast we travel overland from Pokhara to the Lumbini, the birthplace of Lord Buddha and a place of holy pilgrimage. Upon arrival at Lumbini we transfer you to the hotel, check-in and then we go walking through the Sacred Lumbini Garden. This remarkable place is the Buddha’s birthplace and converges on the Ashoka pillar. Here we will visit the Maya Devi Temple with its bas-relief sculpture. We will stay here overnight at a Hotel.

After Breakfast Check out from Hotel Then Drive towards Gorakhpur /Lucknow than drop to Gorakhpur Airport/Railway Station for Your Return/Onward Journey. 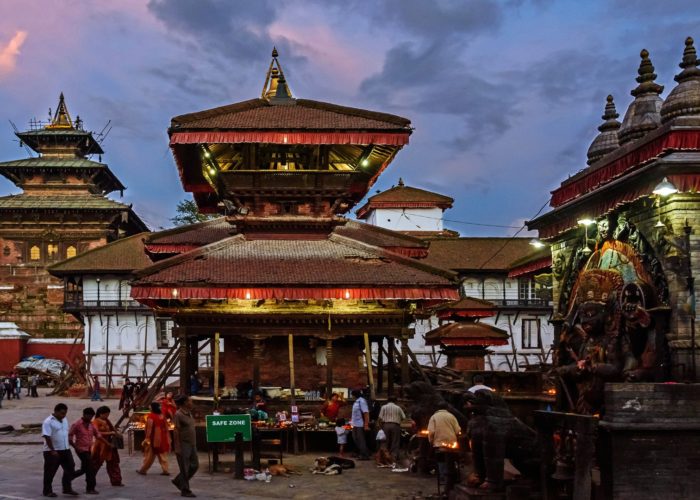 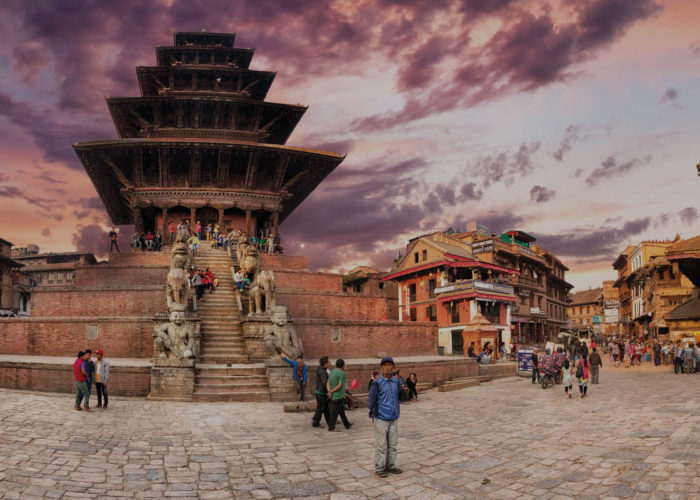