Madhya Pradesh Tour Package – This Tour Packages are the best way to experience the heritage of North India. Jhansi – The city of Jhansi is famous for its historical associations. Whereas Orchha is the only place in India that doesn’t see Lord Ram as a God, but as a king.

Arrivals at Jhansi Airport/Railway Station, our representative will meet & greet you. Later proceed to Orchha, en-route you will visit Jhansi Fort stands on a hill and was built in 1613 by Orchha’s ruler Raja Bir Singh Deo. Then continue your journey to Orchha, upon arrival check-in to hotel. Rest of the day is free for leisure to feel the natural beauty of the city and overnight stay at Orchha.

After early breakfast, head out to visit the Orchha Fort, which is situated on Betwa River. It houses many palaces and temples. The three most important palaces seen here are Jahangir Mahal, Raj Mahal and the famous Rai Parveen Mahal. Next you will visit the Orchha Wildlife Sanctuary, which is home to a wide range of animals. Also visit Laxminarayan Temple, Ram Raja Temple, Chhatris located near the Kanchan Ghat on river Betwa. You can enjoy the river rafting on river Betwa. After a long excursion return back to hotel and overnight stay at Orchha.

After breakfast proceed to Khajuraho, upon arrival check in to hotel and after refreshment, proceed to visit UNESCO World Heritage Site the Khajuraho Group of Monuments, which is a group of Hindu temples and Jain temples. Then back to hotel and overnight stay at Khajuraho

After Early morning breakfast, proceed to enjoy the magnificence of the temples in Khajuraho & other local sightseeing of Khajuraho. You may explore the beautiful picnic spot Beni Sagar Dam by evening. Return back to the hotel for drive towards Panna. Make check into the hotel & overnight stay at hotel.

After Early morning, proceed to enjoy the safari at Panna National Park. Then come back to hotel for delicious breakfast then you will proceed to visit Ken Gharial Reserve, ruins of Ajaigarh Fort, Pandav Waterfall. Return back to the hotel and overnight stay at hotel.

After morning breakfast, you will further drive to Chitrakoot. En-route visit Raneh waterfall, which emerges at the convergence of the Rivers Khuddar and Ken and is located within the Ken Ghariyal Sanctuary. On reaching, check-in to hotel and overnight stay at Chitrakoot.

Have a hearty breakfast and abandon for covering the attractions of Chitrakoot. Chitrakoot have many religious places of interest like Kamadgiri which in Sanskrit means the mountain that fulfills all desires. Ram Ghat, on the banks of the Mandakini River with its temples. Sati Anusuya Ashram that are popular religious places of interest. For visiting natural creations, one must visit the Pramod Van, Dharkundi Ashram and Hanuman Dhara hold great significance in Chitrakoot. Sphatik Shila are prominent tourist attractions as they are believed to be the places where Lord Ram and his wife, Sita stayed.

After morning breakfast check out from hotel and you will be drop at Chitrakoot Railway Station/Allahabad Airport for Your Return/Onward Journey. 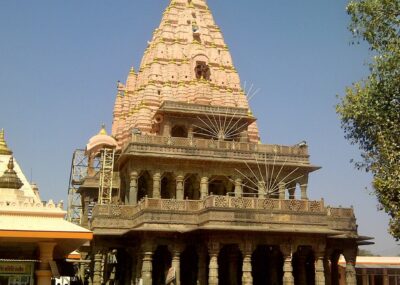 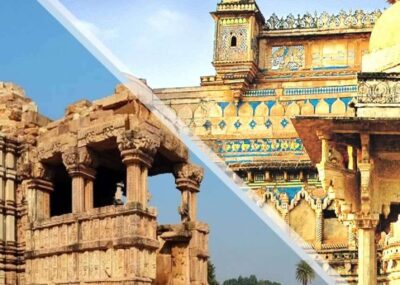 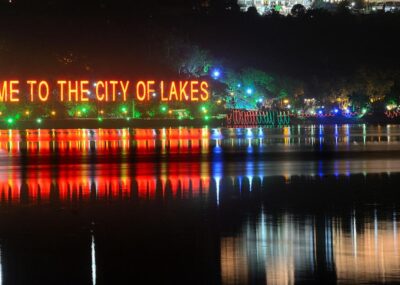