A perfect amalgamation of modernization with ancient history, Delhi aptly justifies being the capital city of India. Along with the hustle-bustle of metropolitan life, there co-exists another facet of the city which introduces you to the Mughal period of History. Red Fort, Jama Maszid, Humayun’s Tomb, Qutub Minar and India Gate are some of the major attractions of Delhi. Ranthambore National Park is a vast wildlife reserve near the town of Sawai Madhopur in Rajasthan, northern India. It is a former royal hunting ground and home to tigers, leopards and marsh crocodiles. Its landmarks include the imposing 10th-century Ranthambore Fort, on a hilltop, and the Ganesh Mandir temple

Arrival at Delhi Railway Station / Airport our tour representative will meet & greet you transfer to hotel. Check-in to hotel.. Overnight stay at Delhi.

After breakfast proceed to the Pink City – Jaipur. On arrival check into your hotel. Overnight stay at Jaipur.

After breakfast transfer to Ranthambore. On arrival check-in to your hotel. Afternoon visit Ranthambore Fort built in 994 A.D. atop high creek 200 meters above sea level. Overnight stay at Ranthambore.

Morning and afternoon jungle safari in Ranthambore National Park by Jeep / Canter (At your own cost). Overnight stay at Ranthambore.

After Breakfast drive to another historical and romantic city – Agra. Enroute visit Fatehpur Sikri – once the capital of Mughal Emperor Akbar. Also visit the Bulund Darwaza, the largest gateway in the world. On arrival check-in to your hotel. Afternoon visit The world famous Taj Mahal – the most precious gift of love built by Emperor Shah Jahan for his loving wife Mumtaz and Also visit the Marble inlay making factories to see traditional workers making amazing marble crafts. Overnight stay at Agra.

After breakfast check out from hotel and transfer to Delhi Railway Station / Airport for your onward journey. 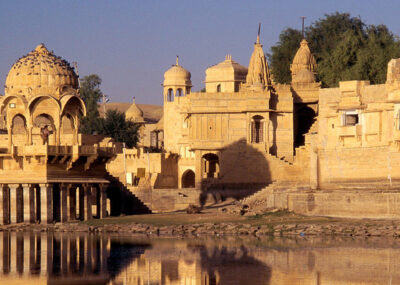 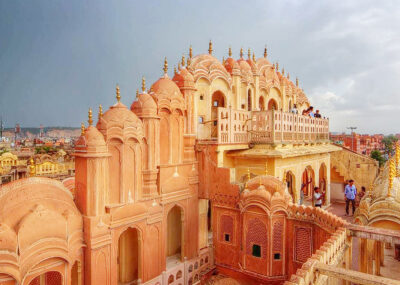 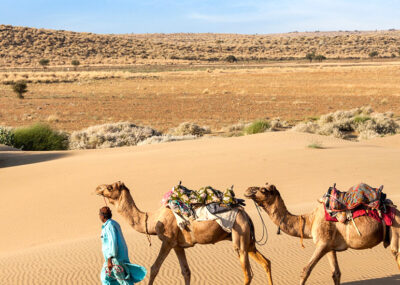